Twitter Chips Away at Its Inclusion and Diversity Goals – Adweek

Vice president, people experience and head of inclusion and diversity Dalana Brand said in a blog post that the social network was encouraged by its progress in recruiting diverse technical talent, but more focus was needed on bringing that diversity to senior roles.

Women made up 42% of the company’s total workforce as of the end of November, short of the December target of 43%.

Twitter exceeded its goal of 5% of its workforce being made up of blacks, reaching 5.7% at the end of November.

However, the reverse was true for Latinx, as its November figure of 4.7% fell short of its December goal of 5%. 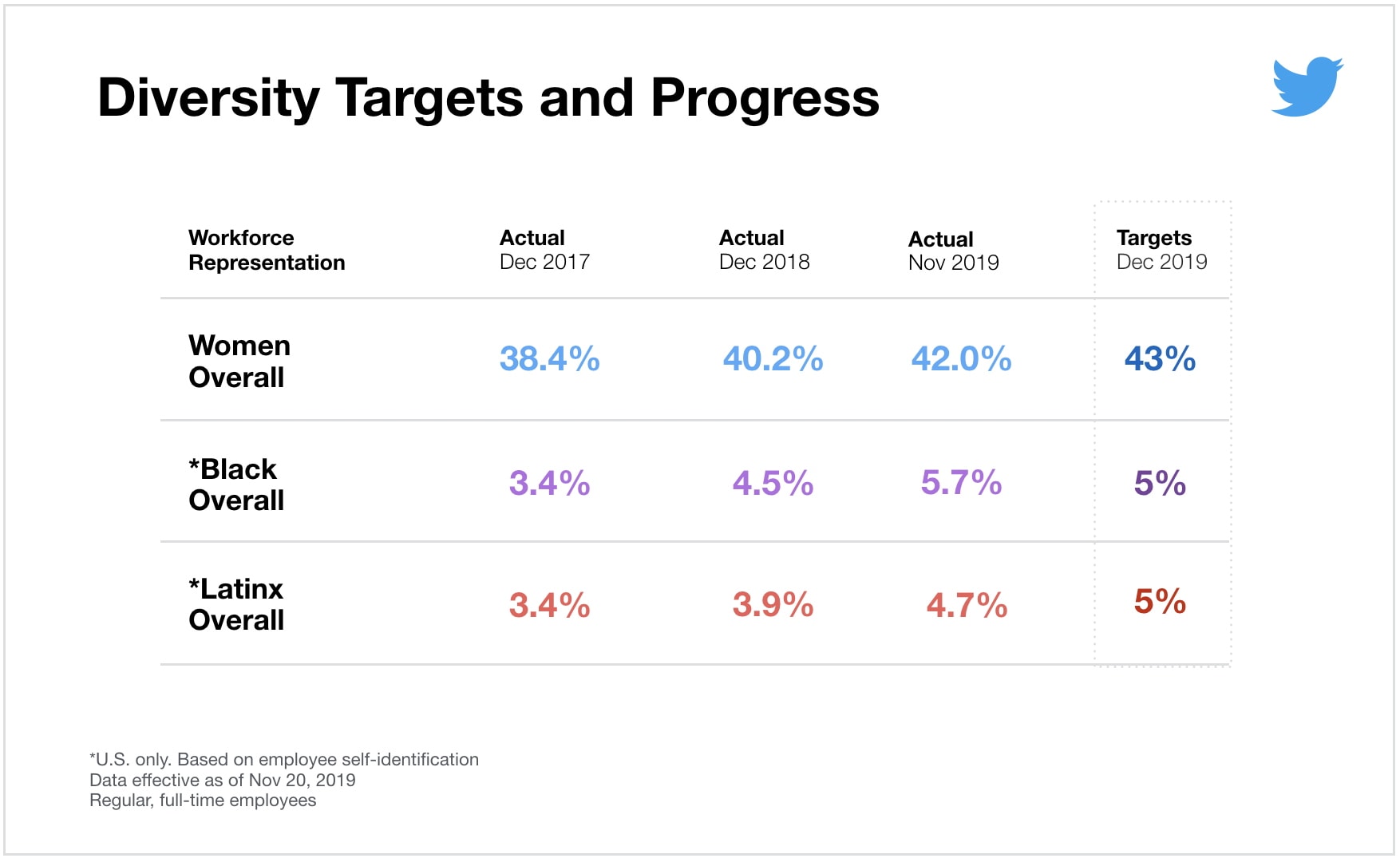 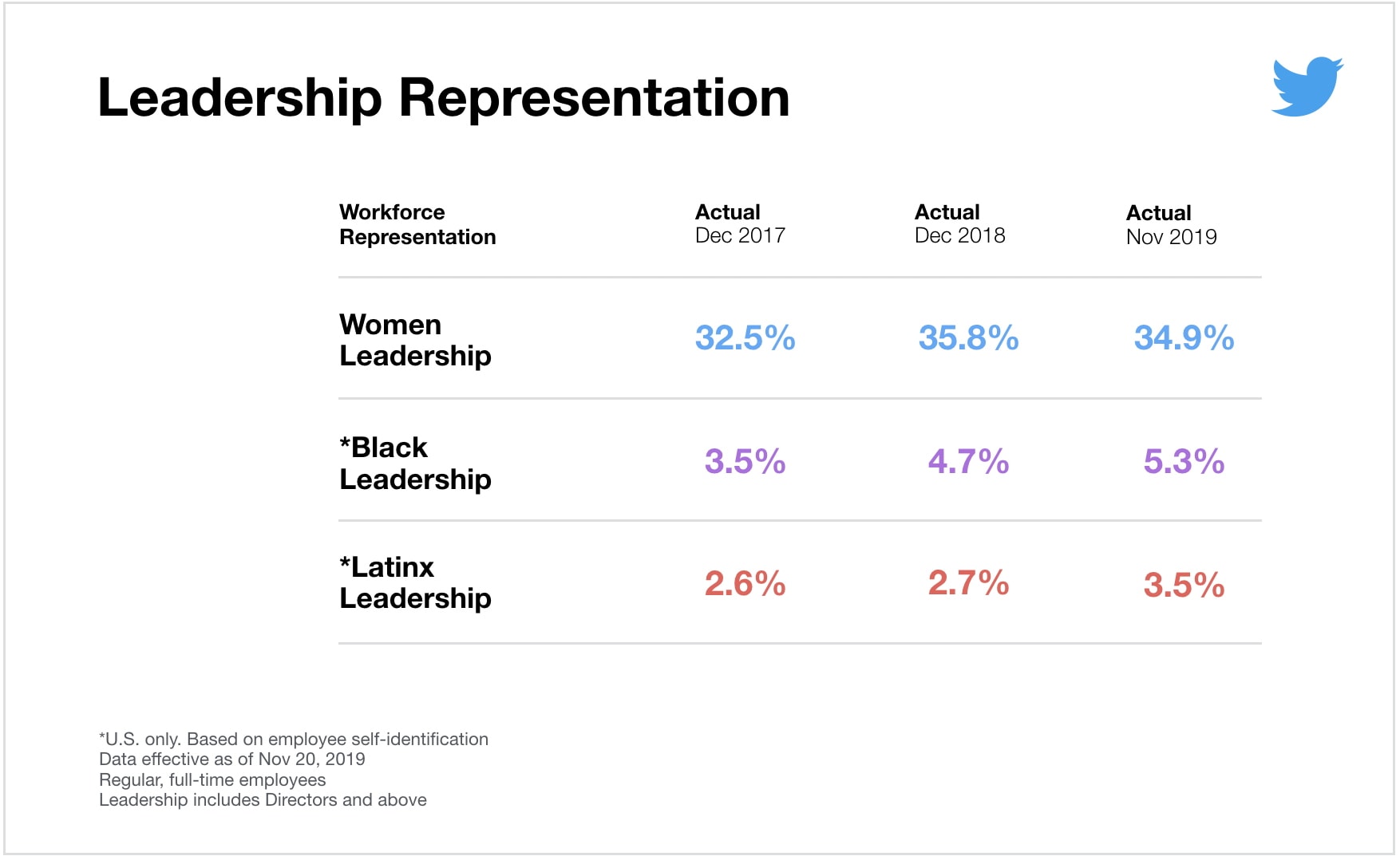 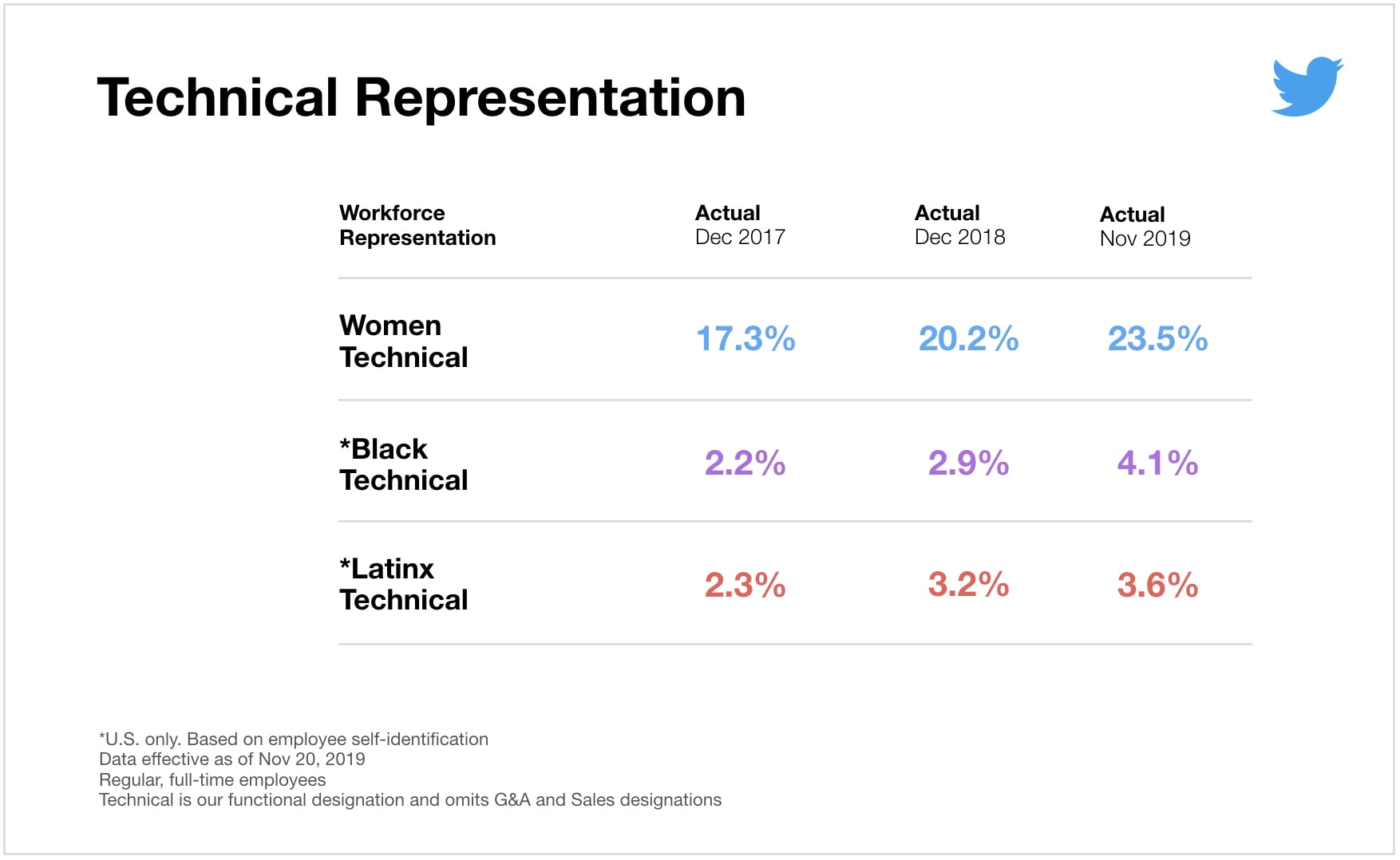 Brand wrote, “Next year, we’re introducing a new vision for what we want our workforce to look like in five years, and a career pathways program that will help increase representation of women, black, and Latinx Tweeps across all levels, roles and office locations.”

Brand added, “While this is encouraging data, we are determined to lower attrition across these groups even further, and we will be investing heavily in 2020.”

The company also shared its U.S. race and ethnicity representation data as of November. 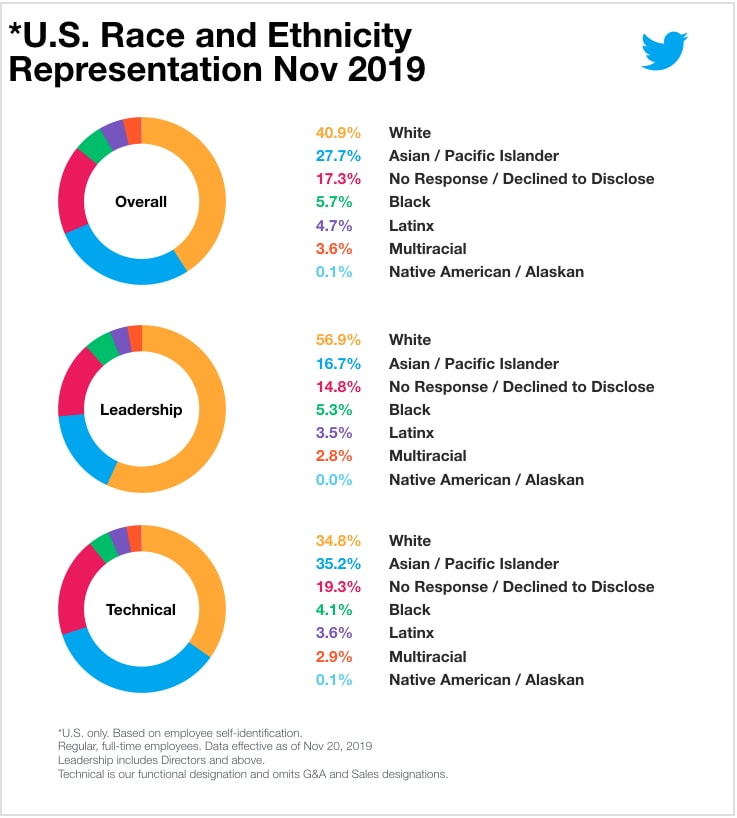 Brand wrote, “The true measure of diversity is more complex than what can be gathered from formal people systems. That’s why we’ve launched an anonymous internal global inclusion survey to collect more robust information about our Tweeps’ lived experiences. The survey explores important topics across gender, sexual orientation, race/ethnicity and immigration, socio-economic status, and religion—to name a few. This data will guide our future I&D investments, and we look forward to sharing the results in a future report.”

As for learning and development, Twitter rolled out an e-learning module in August to help employees better understand micro-aggressions, how to avoid them and what to do when they occur.

The company also began mandatory unconscious bias training for all employees in November, “equipping them to recognize and address the effects of unconscious bias by challenging assumptions; encouraging diversity of experience, opinion, and expression; and supporting a workplace culture that actively and intentionally strives to be more inclusive,” Brand wrote.

Finally, on the product and partnerships front, Twitter debuted cross-functional effort #TwitterTeamUp in October, led by its inclusion and diversity team and joined by its teams in business resources, user services, health and trust and safety. Brand wrote, “The collaboration has opened new lines of communication across leaders who play an important role in shaping how the company thinks about these issues.”

She concluded, “As the year winds down, we’ve got our sights set on 2025 and are asking ourselves, ‘What will it take to become the world’s most inclusive and diverse tech company?’ We’re excited to share our vision with you in our next report. In the meantime, we want to hear from you! What would you like to see from us?”