Denny’s, Nationwide and Walmart are among a small group of companies with multicultural advertisements that performed highly with African American, Hispanic and LGBTQ+ audiences.

The cultural relevance of these analyzed ads, which were released over the past couple of years, were measured utilizing the ad metric CIIM™ (Cultural Insights Impact Measure), developed by The Association of National Advertisers’ (ANA) Alliance for Inclusive and Multicultural Marketing (AIMM) in partnership with NBCUniversal and AIMM member companies.

The CIIM™ was developed as a tool to identify the effectiveness of cultural relevance to show how advertising inclusivity resonates with a diverse audience and gauge the impact it has on brand loyalty, purchase intent and sales.

The thorough study surveyed more than 30,000 individuals across multiple demographics, including Hispanics, African Americans, Asians, LGBTQ+, the Disabled and Non-Hispanic Whites. Respondents were asked to score 150 ads from a range of zero to 200 in various creative categories.

Ads scoring in the top quartile (over 160) demonstrated a 50% higher purchase intent compared to those scoring in the bottom two quartiles. Santiago said  the results of this study can optimize sales lift by letting marketers understand what is successfully seizing the “full potential of culture beyond mere inclusion,” and when it is time to head back to the drawing board.

Further results are expected (such as how the CIIM™ ranked advertisements in the Asian American audience segment). 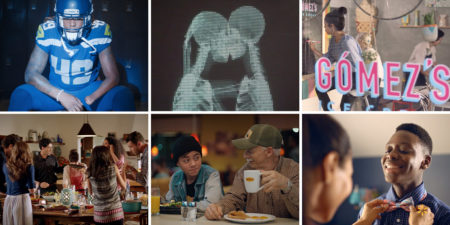 Here are six ads among those in the top quartile:

“Nothing Comes Easy” by Grey New York for Procter & Gamble

“Love Has No Labels” by R / GA and Ad Council

“Building a Legacy” by Conill for Nationwide

Two of the ads ranked as top performers by the CIIM™ were produced by Lopez Negrete Communications. Agency co-founder Alex López Negrete said that whether “endemic or mass, imbuing cultural insights and elements into an ad or any piece of content is a subtle art-form with very powerful results.”

“Authenticity comes from articulating a shared perception and a willingness to be seen and recognized accordingly. It simply cannot be faked.  Cultural representation and participation at inception is critical,” López Negrete continued.