While ostensibly directed at Crampsie, whom the letter describes as a “self-styled progressive and feminist,” the letter’s ire is primarily aimed at Ogilvy global CEO John Seifert over his defense of the agency’s CBP work and decision to stick with the client despite employee backlash and negative publicity.

In an internal email last month attempting to assuage employee concerns about working with CBP, Seifert pointed out that the agency’s D.C. office is focused on helping recruit new employees for the federal agency and that he is proud of Ogilvy’s “work that promotes diversity and inclusion in government hiring.”

Here’s an example of the recruiting work Ogilvy created for CBP:

RAICES, whose full name is Refugee and Immigrant Center for Education and Legal Services, called out Seifert’s summary of the work in the opening paragraph of today’s letter.

“When I read CEO John Seifert respond to criticism of Ogilvy’s work for Customs and Border Protection by saying he is ‘proud of work that promotes diversity and inclusion in government hiring,’ I had a very specific and familiar feeling—something like despair mixed with panic—that only arises when I see false solidarity on an epic scale,” Andiola wrote, continuing to Crampsie, “I write today to ask you: Do you feel it too?”

Adweek has reached out to Ogilvy and Crampsie for comment, and this story will be updated if they respond.

While Seifert has avoided speaking publicly about the agency’s work on the CBP account, he has hosted an internal town hall to discuss the issue with employees. (Although he asked employees not to record the discussion, a full transcript was leaked to BuzzFeed.) He also sent a memo to Ogilvy staffers in late July, saying definitively that the agency would continue its work with CBP, efforts he described as “genuinely intended to improve the quality of this government agency’s public services.”

RAICES, however, describes CBP in its open letter to Ogilvy as “a cruel apparatus of state oppression and abuse” and calls on Crampsie to “do what countless strong women before you have done: be the first to exercise a moral clarity that should have been evident to everyone from the start.”

Here is the full content of today’s letter from RAICES: 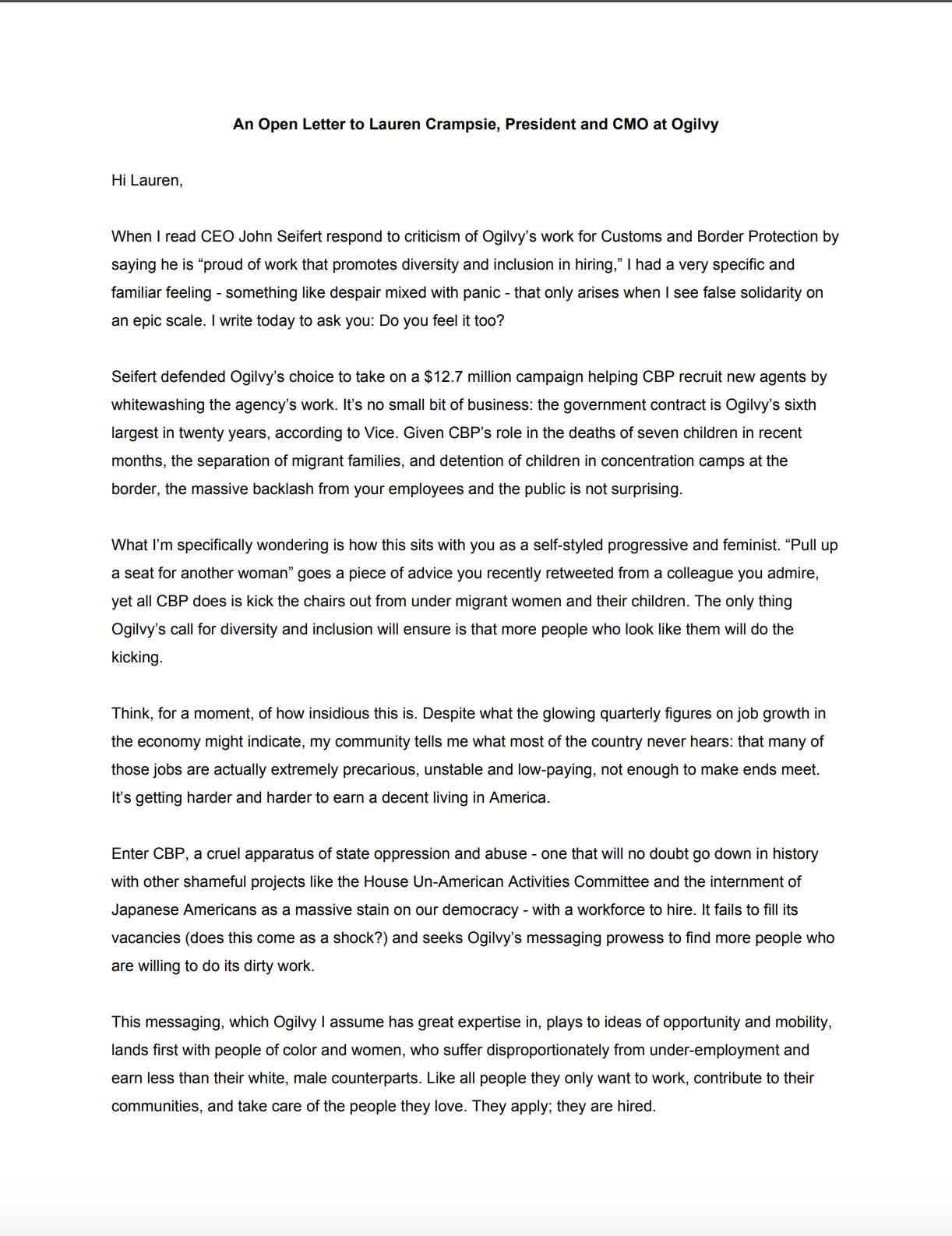 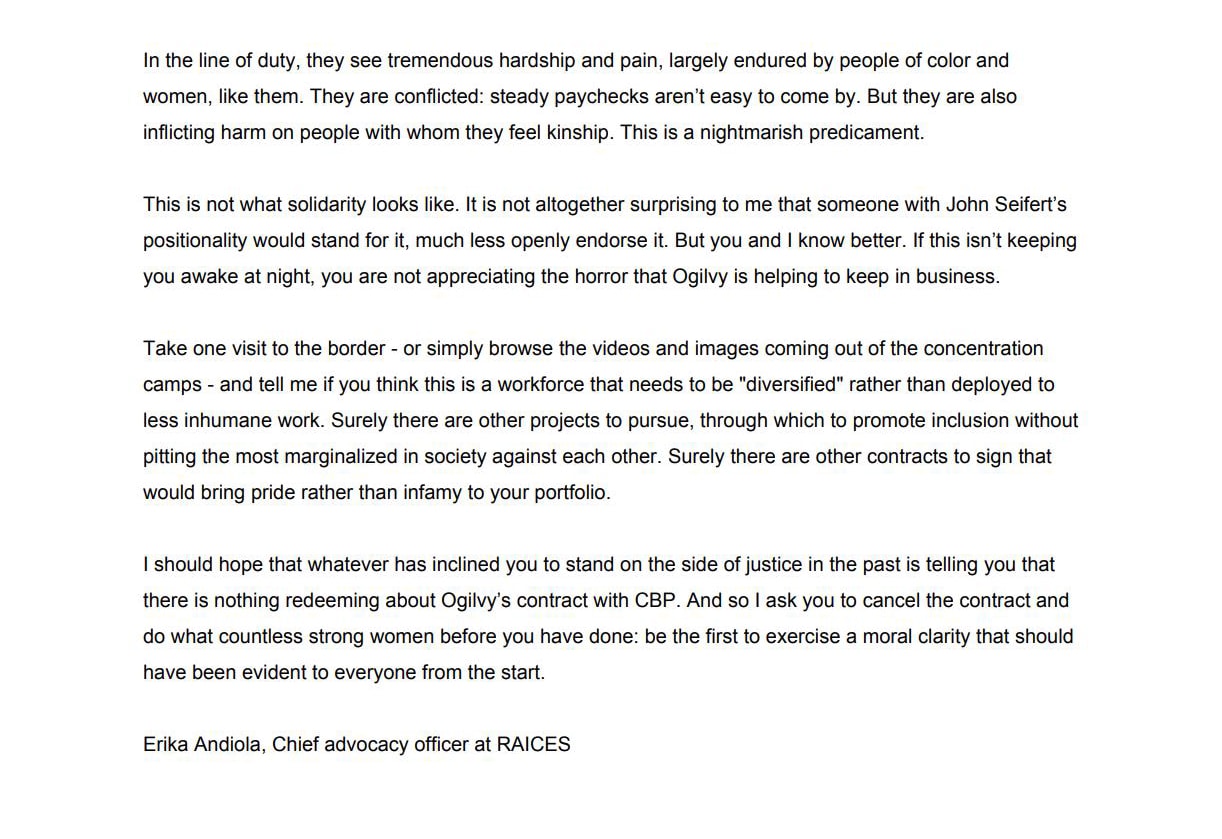 This is not RAICES’ first involvement in the debate around Ogilvy’s work with CBP. In fact, the organization played a key role in escalating the backlash by tweeting—inaccurately—on July 4 that Ogilvy had a CBP contract “to help them with public relations” and linking the agency to a detention facility tour video. Ogilvy’s contract is specific to recruiting; CBP has confirmed that the video linked in that tweet was actually created in-house by CBP employees in Arizona.

In contrast to Ogilvy’s decision to stay with its polarizing client, independent PR firm Edelman recently opted to cancel its contract with The Geo Group, which runs some detention facilities for U.S. Immigration and Customs Enforcement (ICE). The PR agency faced pushback from employees as soon as Geo Group was announced internally as a new client, and the partnership was canceled by Edelman before work could begin.

In response, Geo Group publicly accused Edelman of allowing “the personal political beliefs of some employees to undermine a business contract.”