The men’s soccer world has long been dominated by two players: Cristiano Ronaldo and Lionel Messi, who have won 11 of the last 12 Ballon d’Or awards, given annually to the best player in the soccer world. That didn’t change in 2019—Messi won the award, while Ronaldo finished third—but at the ages of 32 and 34 respectively, the two stars can’t keep dominating forever.

While Ronaldo was the face of Nike soccer, Messi was the face of Adidas. Their on-field rivalry is matched in intensity by the competition between the two biggest athletic apparel companies. Now with both players’ careers winding down (theoretically), attention is turning to the young stars who will become the new faces of these companies.

For Nike, that star appears to be French phenom Kylian Mbappé. He just celebrated his 21st birthday, but is already considered one of the best players in the world. Nike’s version of a birthday cake was “Bondy Dreams,” a new spot from Wieden + Kennedy Amsterdam paying homage to Mbappé’s Parisian suburb and showing him doing what he does best: being better than everyone else on the pitch.

In a nice touch from the brand, a mural of Mbappé adorns the side of a building in his home suburb as well. 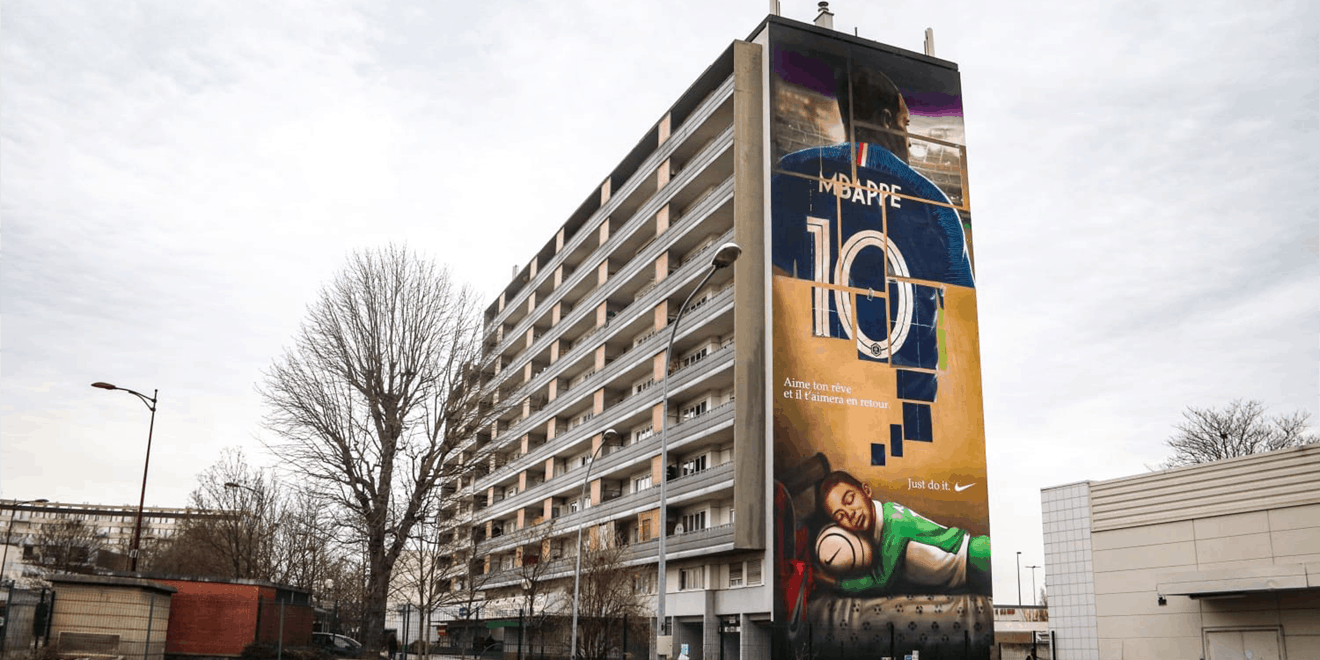 Even though he’s younger than most college graduates, Mbappé has accomplished more as a teenager than most professional soccer players could dream of. He was the youngest goalscorer in Monaco history, a French club that dates back to 1924. At the age of 17, he was bought by Paris-Saint Germain for a rumored price of 145 million euros, with 35 million euros in add-ons, the highest contract for a teenager and possibly the second most expensive player ever.

If that wasn’t enough, the following year he helped France win the World Cup, becoming just the second teenager to score in a World Cup Final (the first was Brazilian legend Pelé). This is all to say Mbappé is a force to be reckoned with, and Nike could transition the company’s focus from Ronaldo to Mbappé in time.

For now, Ronaldo isn’t going anywhere. Nike signed him to a 10-year, 162 million euro deal in September, which remains active as long as he plays in a top-flight league. According to Mbappé, Ronaldo was the star he looked up to as he was growing up, and sharing the limelight with his childhood idol in Nike’s soccer ads doesn’t sound like a bad deal at all.

His first Nike collection has just been released and may soon challenge Ronaldo’s CR7 line as the most popular in Nike’s stores. Where Mbappé’s career goes next, we will have to wait and see, but the Ballon d’Or feels like the next logical step and the proper passing of the baton between Nike superstars.