Image Classification and Landmarks at Google 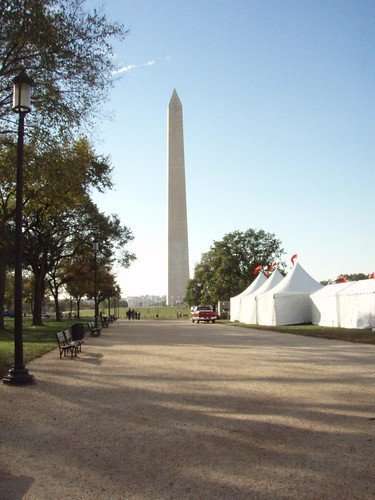 Image Classification in the past

Back in 2008, I was writing about how a search engine might learn from photo databases like Flickr, and how people label images there in a post I wrote called, Community Tagging and Ranking in Images of Landmarks

In another post that covers the Flickr image classification Landmark work, Faces and Landmarks: Two Steps Towards Smarter Image Searches, I mentioned part of what the Yahoo study uncovered:

Using automatically generated location data, and software that can cluster together similar images to learn about images again goes beyond just looking at the words associated with pictures to learn what they are about.

That is using metadata from images in an image collection, which is very different image classification approach from what Google is doing in this post about identifying landmarks in the post, How Google May Interpret Queries Based on Locations and Entities (Tested), where it might identify landmarks based upon a knowledge of their actual location.

I mention those earlier posts because I wanted to share what I had written about landmarks, before pointing to more recent studies from Google about how they might recognize landmarks, a year apart from each other, with one being a followup to the other.

The first of these papers, Google-Landmarks: A New Dataset and Challenge for Landmark Recognition, starts out by telling us about a problem that needs solving:

Image classification technology has shown remarkable improvement over the past few years, exemplified in part by the Imagenet classification challenge, where error rates continue to drop substantially every year. In order to continue advancing the state of the art in computer vision, many researchers are now putting more focus on fine-grained and instance-level recognition problems – instead of recognizing general entities such as buildings, mountains and (of course) cats, many are designing machine learning algorithms capable of identifying the Eiffel Tower, Mount Fuji or Persian cats. However, a significant obstacle for research in this area has been the lack of large annotated datasets.

A year later, Google worked to improve the dataset that was being used for image classification when identifying landmarks, and updated the dataset that they had created the year before, as they tell us in,Announcing Google-Landmarks-v2: An Improved Dataset for Landmark Recognition & Retrieval Part of the effort behind that work came from getting a lot of help as described in the blog post announcing it:

A particular problem in preparing Google-Landmarks-v2 was the generation of instance labels for the landmarks represented since it is virtually impossible for annotators to recognize all of the hundreds of thousands of landmarks that could potentially be present in a given photo. Our solution to this problem was to crowdsource the landmark labeling through the efforts of a world-spanning community of hobby photographers, each familiar with the landmarks in their region. 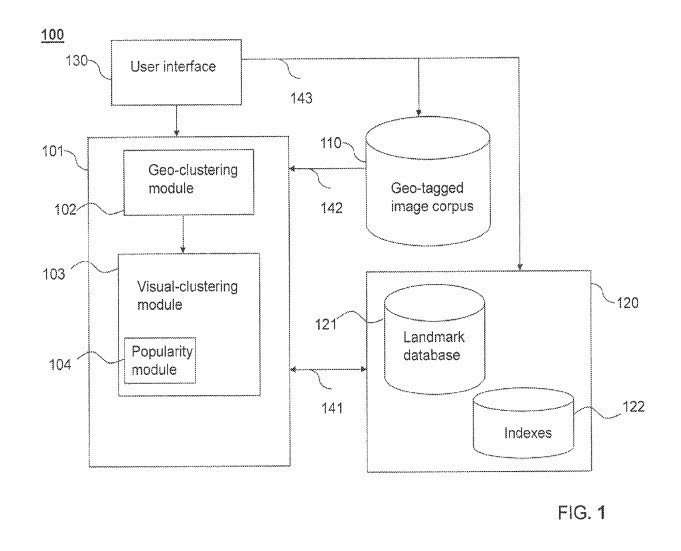 Google was recently granted a patent that focuses on identifying popular landmarks in large digital image collections. Considering Google operates Google photos, that makes a lot of sense. The landmark identification efforts at Flickr sound a little similar to this effort on Google’s part. The patent does target a specific problem which it tells us is:

How might this play into image classification and search involving landmarks?

The patent describes how it could fit into searches, with the following steps:

The image classification patent also tells us that it could also involve a method of automatically tagging a new digital image, which would also cover:

Even Smarter Image Classification of Landmarks?

This system appears to be capable of finding very popular landmarks in photo collections across the web and storing those in a landmark database, where it might geocluster those. It’s interesting thinking about this effort. If Google might use those landmark images in Image Search Results, it may not stop image classification at that point

I recently wrote about Google Image Search Labels Becoming More Semantic? where we were told in an updated Google Patent that images were being labeled based upon an ontology related to the topics of those images. A Google image search for a landmark like The Washington Monument shows a number of image classification labels at the top of the results that can be clicked on if you want to narrow down the results to specific aspects of those monuments.

So, image classification may include specific monuments, and then even more narrow classifications, like having the following labels applied to the Washington Monument:

So, Google may have smarter image classification when it comes to landmarks, but it is labeling them so that they are more meaningful, too.