For the benefit of those unfamiliar with the phrase (and it can’t be many), “Sorry, Charlie” roughly translates to: Tough luck, bro. Urban Dictionary defines it as: “A lack of sympathy. A form of ‘get over it.’” Today’s kids might not trot out “Sorry, Charlie” as much as the youth of the 1960s did, but the mock-pity phrase has made enough of a cultural impact to have resulted in an official “Sorry Charlie Day” (April 6), created to recognize “that everyone gets rejected sometimes.” 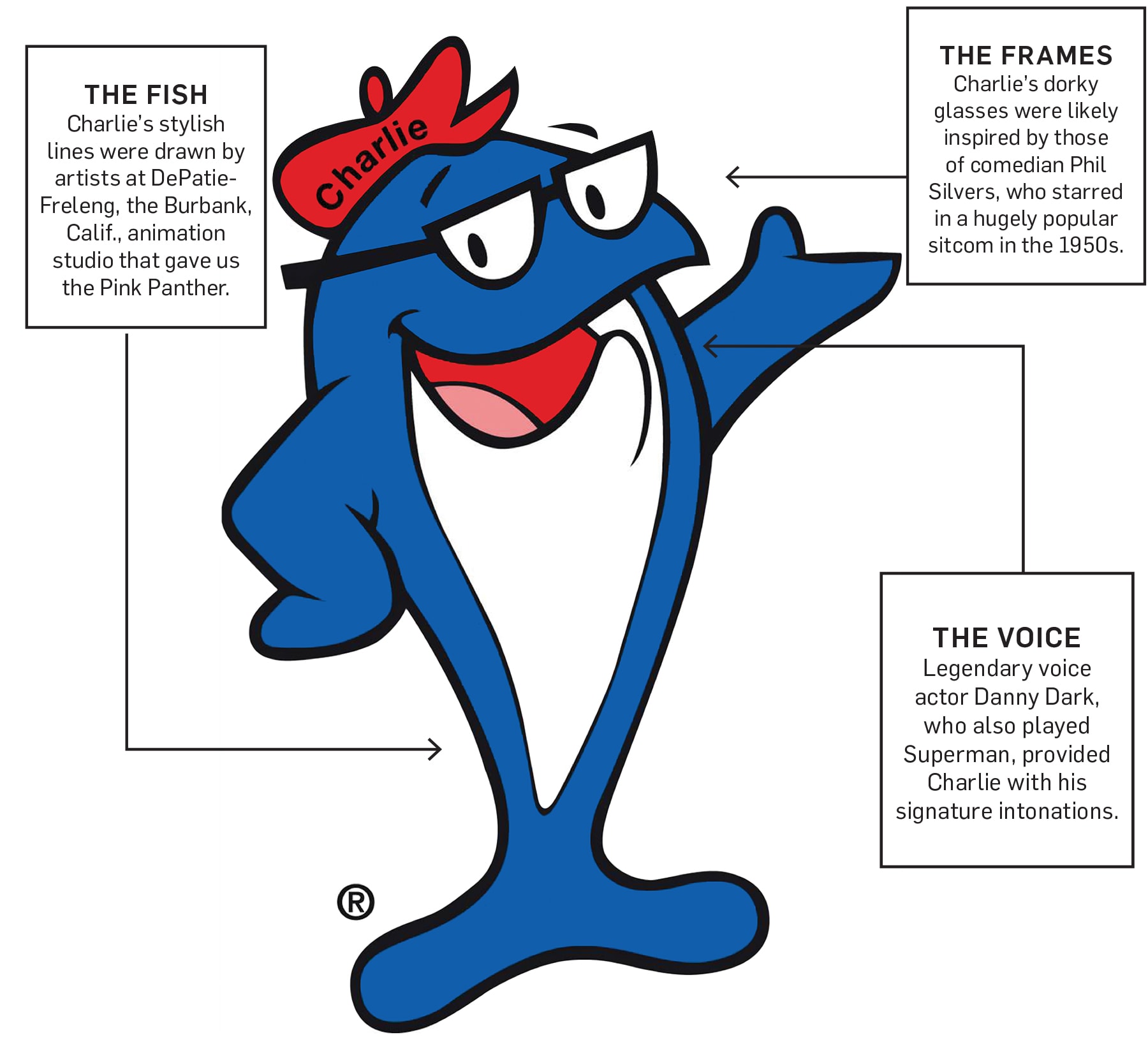 Which is actually a nice sentiment. But let the record reflect: “Sorry, Charlie” all began with a talking tuna.

We refer to one Charlie the Tuna, spokesfish of StarKist, who enjoys the distinction of being one of the best-known brand mascots in history, an icon on the same footing (finning?) as Mr. Peanut, the Kool-Aid Man and the Energizer Bunny.

But unlike those famous characters, Charlie, age 58, has never changed his groove. He’s still got that red hat, the thick black glasses and, heaven help us, that Brooklyn accent. “The fisherman’s cap, the glasses—[they’re] back in style,” said Joe Wos, StarKist’s brand character integrity consultant. “Charlie was a hipster before [the rest of them], so why change?” 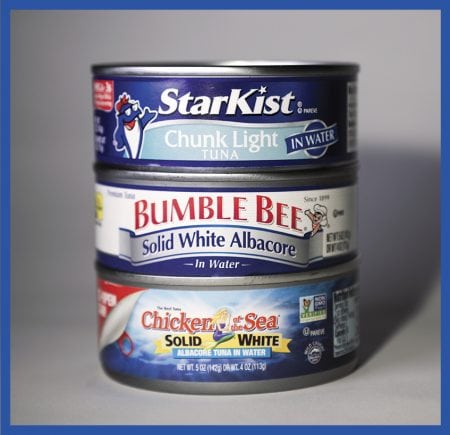 Charlie the Tuna might still be smiling in TV spots, but few executives at the “Big Three” tuna packing brands (StarKist, Bumble Bee and Chicken of the Sea) have reason to grin these days. Never mind that, over the last three decades, American tuna consumption has plummeted by over 40%; the brands (which control some 80% of the segment) are also caught in the government net over a price-fixing scandal. Last year, StarKist pleaded guilty to colluding with its competitors to keep prices high—this after Chicken of the Sea blew the whistle. Earlier this month, an attorney for StarKist told the Justice Department that the brand can only afford to pay half of the government’s $100 million fine. Dare we say it? Sorry, Charlie.

It’s important to mention that Charlie the Tuna owes his longevity to a tuna brand with equal longevity. In a sense, one story can’t exist without the other. Originating as the French Sardine Co. in 1917, the Los Angeles-based canning operation switched to tuna around 1942, debuting its tins under the brand name StarKist. By the late 1950s, StarKist’s 200,000-square-foot plant was the biggest tuna canning facility on earth. (The boats hauled in so much tuna, in fact, that in 1957 the company set up a line for cat food, sold under the name 9Lives.)

But the company was getting keen competition from Chicken of the Sea, a brand with arguably a much better name that assuaged Americans’ fears of eating fish that tasted too, uh, fishy. To make its mark, StarKist reached out to Leo Burnett which, touting the tuna that “tastes good,” hatched a mascot who’d riff on the heteronym: a tuna with good taste.

Thus was born, in 1961, one of the longest-running routines in commercial history. That is, an aspirational tuna who, no matter how he spruces himself up, always gets the same letdown (often delivered by sidekick Wally): “Sorry, Charlie. StarKist doesn’t want tuna with good taste. StarKist wants tuna that tastes good!” 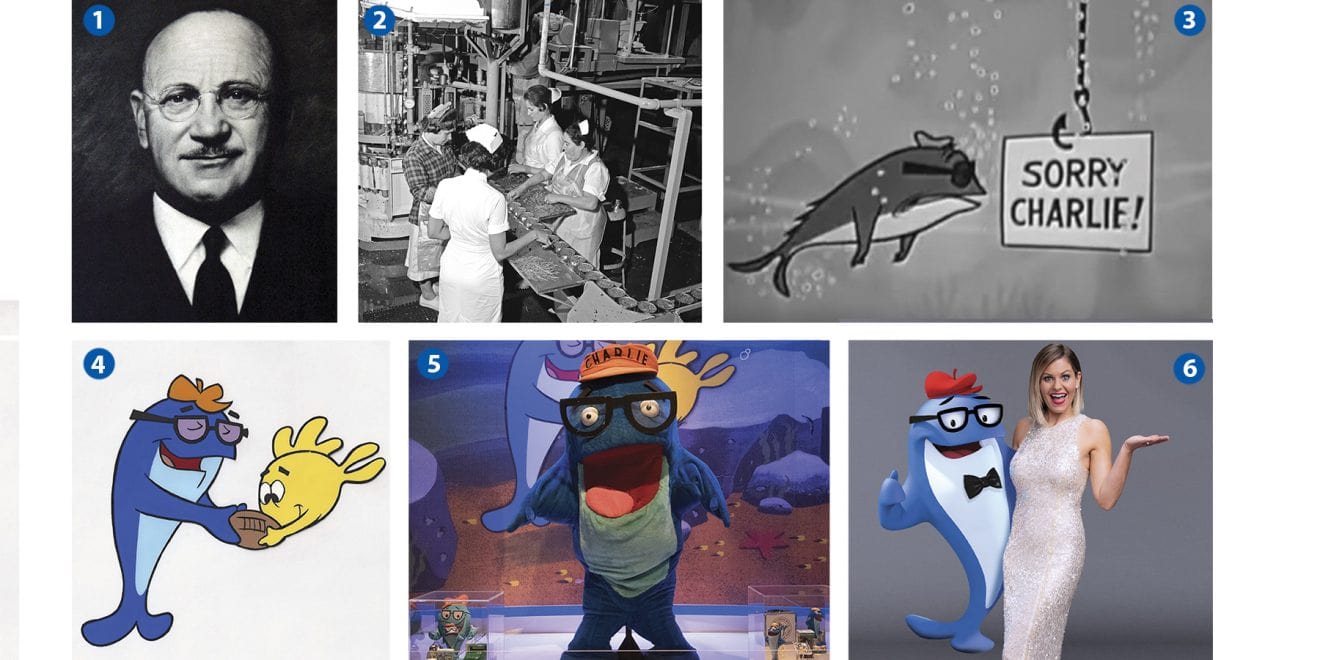 Croatian immigrant Martin Bogdanovich (1) emigrated to America and, in 1917, set up a sardine company that morphed into the tuna-canning empire of StarKist (2). Charlie the Tuna emerged in 1961 (3) to help differentiate the brand and, through the decades, has scarcely shown his age (3). The Heinz History Center celebrated StarKist’s centennial in 2017 with loads of Charlie merch (4). Still on the air, Charlie now co-stars with Candace Cameron Bure (5).

Environmental regulations and keen competition from Asia ultimately spelled the end of the L.A. canning plant, and StarKist itself has changed hands over the years. Heinz bought the brand in 1963, followed by Del Monte in 2002. South Korean fishing conglomerate Dongwon Industries took over in 2008. Yet Charlie’s stayed aboard the whole time. Setting aside the disquieting fact that Charlie’s life goal is to get chopped up and served for lunch in a can, the ever-optimistic fish is still delivering the same performance—though the program has evolved with the times. Charlie now hawks StarKist’s Flavor Fresh Pouches, fully prepared spreads you spoon right onto the bread. And most recently, he’s played second fish to actress Candace Cameron Bure, who steals the spotlight on the red carpet as Charlie tags along: the wannabe star always waiting for his big break.

Which is fitting. “Charlie has this everyman feel to him,” Wos said. “He’s a character we can really identify with. We’re all seeking acceptance.”