Brands Increasingly Find Themselves At Odds With Local Governments – Adweek

Not unlike the rest of the world, brands are becoming increasingly more politically and socially conscious and are, in the process of doing so, provoking local governments. With brand reputation at stake now more than ever, mass market brands that skew left are inevitably in conflict with conservative politicians.

This past week marks a blow to Nike as Arizona’s Republican governor Doug Ducey rescinded his state’s financial incentives for a Phoenix Nike plant after the footwear giant pulled a line of Betsy Ross American flag shoes.

Nike was set to release the commemorative shoe just in time for the Fourth of July, however, they canceled the release once the public—including Nike endorser Colin Kaepernick—objected to the flag’s roots in slavery and oppression. 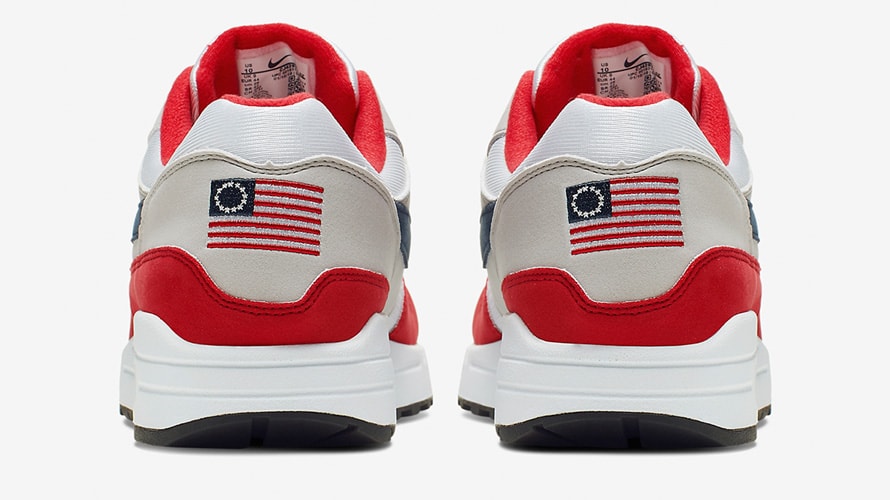 Following the decision by Nike, Ducey took to Twitter, saying, “American companies should be proud of our country’s history, not abandoning it” and subsequently pulling all funding from the upcoming Nike plant. Now Nike must find a new home for its $185 million manufacturing plant.

In what could be perceived as an effort to uphold the brand’s reputation, Nike began a pattern of swift action in response to negative pushback from consumers regarding their specialty footwear lines. In May, Nike canceled the release of another shoe series that inaccurately represented the people of Puerto Rico and violated the requests of an indigenous Panamanian group. In June, the brand halted the sale of a line in China when the designer posted an Instagram post in support of Hong Kong and opposing Chinese extradition laws.

For the third time in three months, Nike worked to preserve consumer opinion by canceling the debut of the Betsy Ross Fourth of July sneaker. However, this time it had an adverse effect when the decision caused friction with Arizona’s government. Unlike previous controversial decisions, such as using former NFL star Colin Kaepernick as the face of a 2018 ad campaign, Nike has responded quickly to consumer disapproval, erring on the side of caution when it comes to offending its consumer base. This time, however, appeasing the public comes at a price of nearly $1 million in Arizona planning-fee grants plus $4,000 per employee.

This is not the only recent example of local government clashing with a consumer brand on social issues. When the state of Georgia passed restrictive abortion bans, celebrities like Alyssa Milano, Chris Evans and Jason Bateman angrily responded on social media. As pressure mounted, Netflix publicly confronted its business association, explaining they’d be forced to “rethink [their] entire investment in Georgia.” Netflix, similar to many other production companies, takes advantage of tax incentives for filming in Georgia. Therefore, many of their biggest productions are shot there. For a state that has generated $2.7 billion in annual revenues for film and television, a production and eventual consumer boycott could be detrimental for Georgia.

This time, however, appeasing the public comes at a price of nearly $1 million in Arizona planning-fee grants plus $4,000 per employee.

In cases like that of Purdue Pharma, the social implications of consumer brands become more widespread and push the line of social responsibility into ethical.

Over recent months, Purdue Pharma, creator of narcotics such as Oxycontin, has faced more than 1,800 lawsuits brought by state and local governments for its aggressive sales practices and misleading guidelines that allegedly resulted in the opioid crisis. Last Week Tonight host John Oliver recruited celebrity friends Michael Keaton and Bryan Cranston to join him in taunting Purdue. While selling a product is not outside the law, the tragic repercussions of the opioid epidemic have left Purdue Pharma on the hook for practices that local government has stepped in to enforce on behalf of consumers.

As they evolve, brands continue to incorporate political and social tones into their brand voices, boosting the likelihood that their reputation will be compromised when opposition occurs. With that, small government is holding brands accountable for practices they believe to be sexist, racist, unethical or even unpatriotic, as we see with Nike, a trend that is unlikely to dissipate anytime soon.

Brands no longer have the luxury of mishaps like these taking place without the eventual backlash of either the consumer to which they sell or the governing bodies that monitor them. The rise of social media provides brands not just with a platform to amplify their voices and connect with consumers but also an expectation from the public to take clear stances on mainstream social issues. By taking part in the conversation, the odds skyrocket that these companies can and will find themselves in hot water, especially when celebrities amplify the effect.

Ultimately, there exists a balance that brands must maintain in order to protect the best interests of their companies, the loyalty of their consumer base and the relationships between local and state governments. Juggling the three can be nearly impossible, and as we can observe from Nike and Arizona’s recent breakup, are not always a perfect science.