Billie, a DTC Shaving Brand for Women, Was Flagged by Facebook for Its Campaign Around Body Hair – Adweek

Billie, a direct-to-consumer shaving brand, recently debuted a new campaign dubbed “Red, White and You Do You,” showing women in bathing suits with body hair in all areas peeking out. The company tried to run paid ads on Facebook and Instagram to boost the video featured in the campaign, was rejected and, after further discussions with Facebook, were told the content was “adult material” and “sexualized,” said Georgina Gooley, co-founder of Billie. As a reaction, Billie’s now using paid ads to promote a GIF that encourages people to swipe up and watch the full video on YouTube instead.

“It was interesting to us [that] body hair is considered sensitive material and therefore we can’t promote the video,” Gooley said. “It almost feels like it’s a little bit arbitrary.”

Currently, Facebook’s ad policies does deem “images focused on individual body parts” as adult content. One moment in the video does center in around a woman’s vaginal area. A Facebook spokesperson has since said that Billie changed the video and can now run it as a paid video ad. A Billie spokesperson said the team wasn’t “aware” of this update. 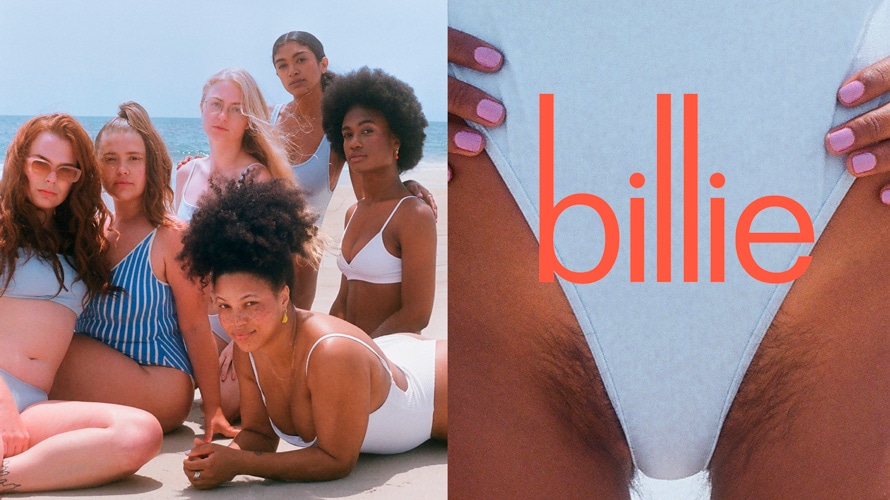 Gooley said she understands that Facebook’s a huge organization and that what someone might deem inappropriate might not feel the same to another, but she said the company didn’t consider the brand’s message holistically. To Billie, the video’s overall message is centered around reminding women that shaving or keeping body hair is a “choice,” and “not a social obligation.” Gooley added that last year, when the company rolled out a similar campaign dubbed “Project Body Hair,” there was some conversation with Facebook about running paid media around it but that once Billie explained the bigger message, it was allowed to run ads. The problem isn’t unique to Facebook or social platforms; the MTA has come under fire previously for refusing to run sex toy ads.

The video and the rest of the “Red, White and You Do You” campaign, which rolled out on June 26, has reached more than 1.35 million views across Facebook, Instagram, YouTube and Vimeo in the first 24 hours of launch. It was also celebrated in numerous media outlets such as Refinery29.

“The intent with the film that we created was [to] celebrate natural bodies [and] to do it through the lens of the female gaze,” Gooley said. “By no means is it supposed to be sexual in any respect. Hopefully, as time goes on, brands won’t have these types of issues.”