When InterContinental Hotels Group (IHG) announced last week it was getting rid of those ubiquitous mini bottles of toiletries from its roughly 843,000 rooms, Jack Read started getting emails.

As the in-kind coordinator at Thrive DC, a nonprofit that supports Washington D.C.’s homeless community, Read is responsible for liaising between companies and individuals who want to donate goods. After IHG’s news, donors asked Read if Thrive had enough supplies and offered additional toiletries. 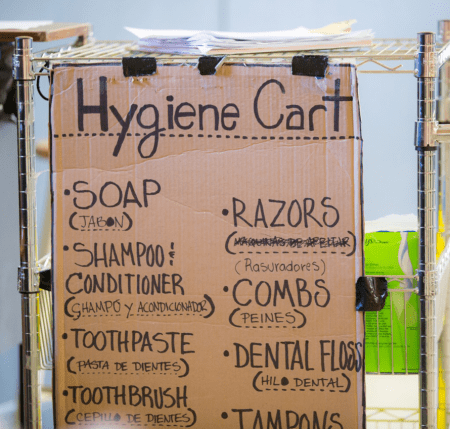 Individual toiletries are easier to transport, which is vital for homeless people.

In an effort to lower the brand’s waste footprint, IHG may have inadvertently made life more complicated for the charities and nonprofits that work with the homeless. The miniature bottles of shampoo, conditioner, body wash and lotion make up a large portion of the donations Thrive DC receives daily. “The smaller sizers are actually crucial to us,” Read said.

Across the country, homeless and domestic violence shelters have long been recipients of travelers’ charity: Because the small bottles are easily portable, they can better accommodate individuals and families whose housing situation is unstable.

“What IHG is doing is very important,” Read said of the hotel’s goal to enact more environmentally friendly policies. “That said, it does have an effect elsewhere.”

The unintended consequences of going green

IHG’s decision is part of a larger trend in the hospitality industry, as consumers and brands become more environmentally conscious. Both Marriott International and Hilton have corporate roles with “sustainability” in their title, and last year Hyatt and IHG joined major brands including Starbucks and American Airlines in vowing to eliminate single-use plastic straws.

Tucked inside Marriott’s announcement about the straw ban was a note that it, too, had begun replacing individual-size toiletries at nine of its brands—the company has more than 30—with bulk dispensers, claiming the change would eliminate “more than 35 million small plastic toiletry bottles annually.”

Like Marriott, IHG will also be opting for larger-sized amenities. The company currently dispenses about 200 million bathroom miniatures across its properties every year.

“It’s more important than ever that companies challenge themselves to operate responsibility,” IHG’s CEO Keith Barr said in a statement. “We know it’s what our guests, owners, colleagues, investors and suppliers rightly expect. Switching to larger-size amenities across more than 5,600 hotels around the world is a big step in the right direction.”

The company has set a deadline of 2021 to complete the transition, which has already begun in more than 1,000 Holiday Inn Express hotels where IHG’s current supplier, J.R. Watkins, offers products in bulk sizes.

An IHG rep could not confirm whether the company would continue its relationships with all of its suppliers, but that it would “collaborate closely with suppliers and listen carefully to our guests to ensure we choose the right solutions that offer the same great quality that they expect from IHG-branded hotels.” 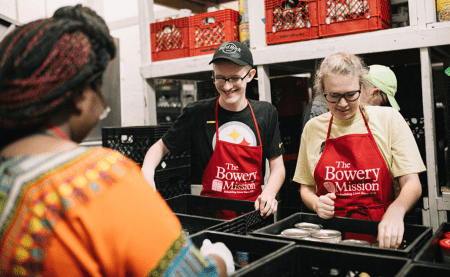 Unlike plastic straws, which are used and thrown away quickly, miniature toiletries have a shelf life that extends after travelers check out of their rooms.

If someone is unable to find shelter, they often travel with only a backpack or sleeping bag, according to Read at Thrive DC. When they’re relying on public facilities, smaller toiletries become an indispensable asset.

The miniatures are an “effective way to get exactly the right products that people in a transient mode need,” said David Jones, CEO of the Bowery Mission in New York, which provides more than 240 showers a week to the city’s homeless population, dispensing over 180,000 care kits a year containing the miniature soaps and shampoos they receive from hotel partnerships.