Is it weird to turn a decades-dead fried chicken entrepreneur into a modern sex symbol?

Hell yeah it’s weird. But when it comes to Colonel Sanders’ recent rotation through reimagined identities, several of which have been unsettlingly sexualized in nature, there’s a method to the brand’s marketing madness.

So why turn such a traditionally wholesome mascot—based on a real person—into a sexy social media star? Why sell chicken with beefcake? Why is KFC suddenly so DTF? 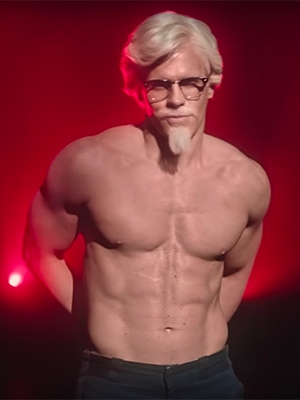 The ‘Chickendales’ dancers worked
their magic for Mother’s Day.

The answer is because, like all of us, the Colonel is complex. He’s a man of many facets, quite a few of which have been explored by the brand and agency Wieden + Kennedy Portland in recent years. The ongoing campaign of “Celebrity Colonels” has ranged from folksy and charming to bafflingly meta: There was a Colonel RoboCop, a fully metallic Golden Colonel played by Billy Zane and a “Value Colonel,” cast with an unknown actor to celebrate frugality.

So while the sexy iterations that occasionally emerge might seem bizarre in isolation, they’re part of a much larger effort aimed at showing how the Colonel can resonate in some unexpected ways.

“We’d argue that Colonel Sanders has always been sexy,” Andrea Zahumensky, CMO of KFC U.S., tells Adweek. “But our strategy is to find new, interesting and provocative ways to make Colonel Sanders a part of culture.”

For example, between Seasons 7 and 8 of Game of Thrones, KFC cast Hafþór Júlíus Björnsson—the hulking strongman behind Gregor “The Mountain” Clegane—as the Double Colonel to promote its Double Crispy Colonel Sandwich. As part of the chain’s WWE sponsorship, wrestler Dolph Ziggler suited up as an ass-kicking Colonel.

“He has taken many forms and has been played by many actors over the past five years,” Zahumensky says. “So yes, he’s been in a romance novel and a dating simulator, but he’s also been a cat climber, a WWE wrestler and an inflatable floatie. In each of these, we’ve embraced the personality of the real Colonel Sanders, who was an over-the-top, feisty chicken salesman who would do whatever it took to sell his world-famous chicken.”

With that, let’s take a look back at some of the Colonel’s sexier moments over the past few years. Hold on to your battered thighs! 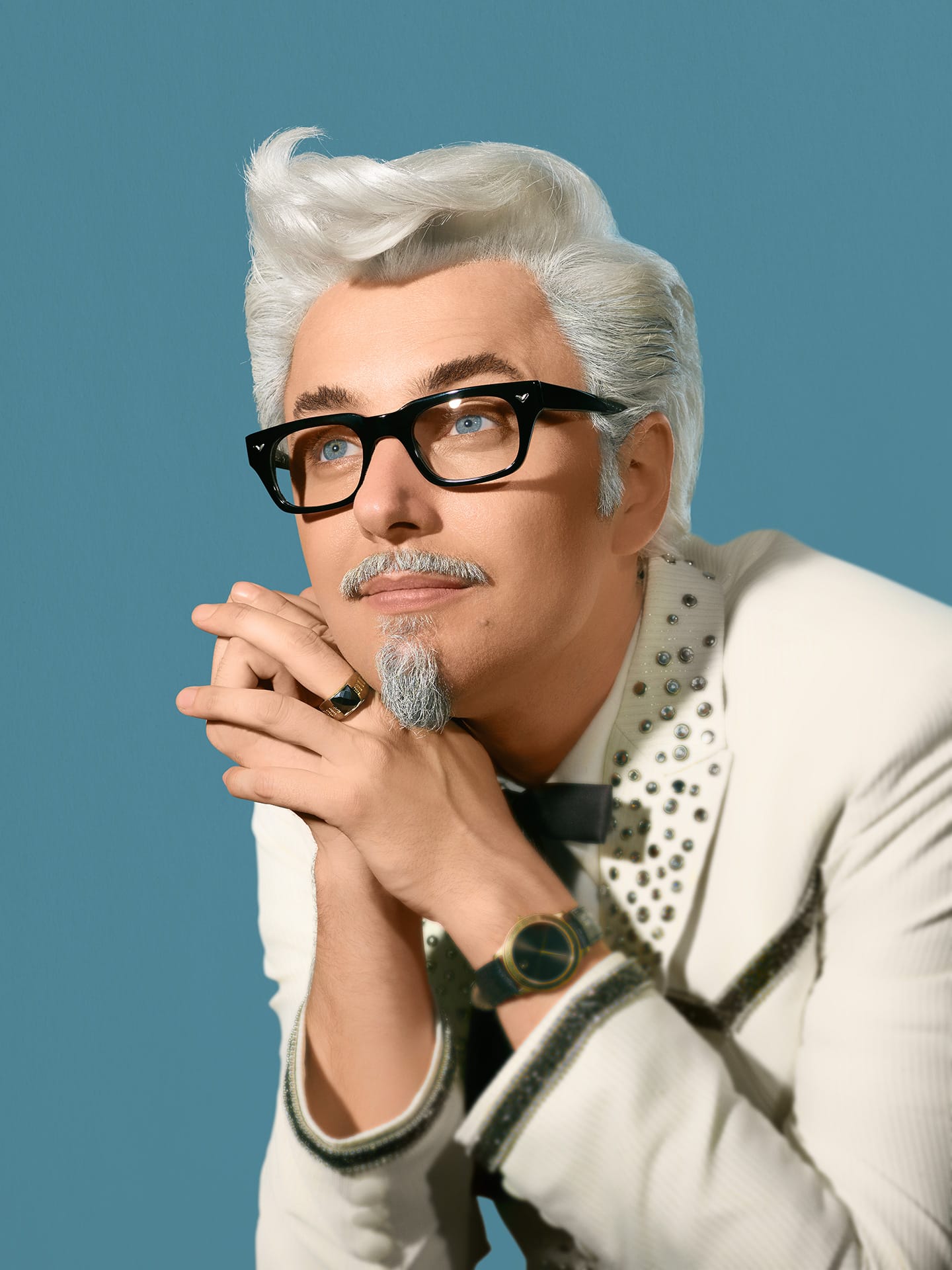 As Mad Men’s Pete Campbell, actor Vincent Kartheiser wasn’t exactly playing a heartthrob. But he got to bust out the smolder for this campaign, promoting KFC’s version of Nashville hot chicken. Coming somewhat early in the “Celebrity Colonels” campaign, previously helmed by the less-than-sexy likes of Norm Macdonald and Darrell Hammond, the Nashville Hot Colonel showed that the chain was willing to take the character in some decidedly different directions.

May 2017: “Tender Wings of Desire,” the KFC Romance Novel 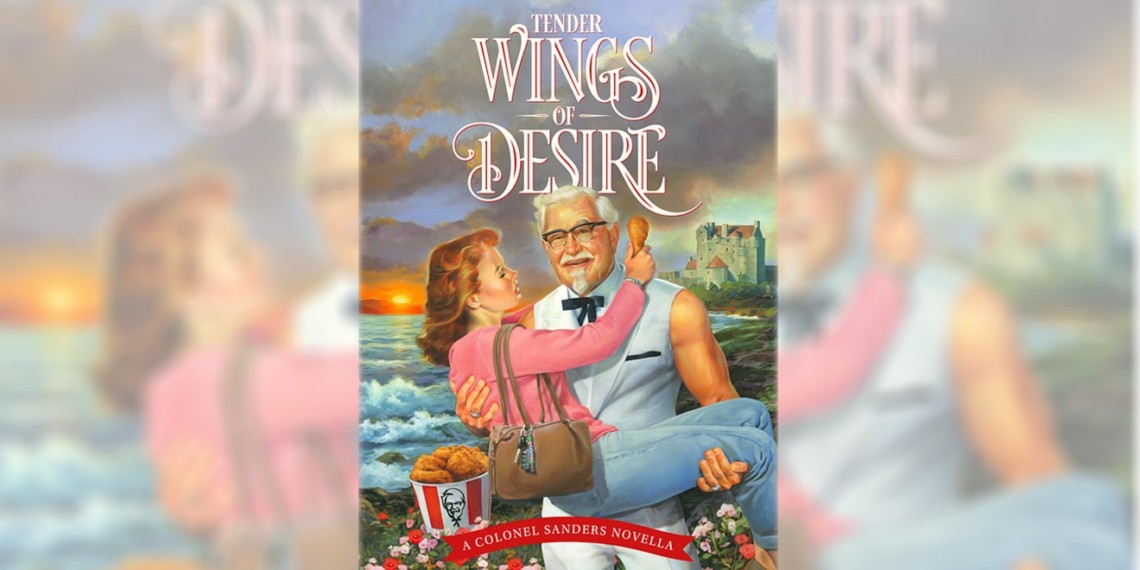 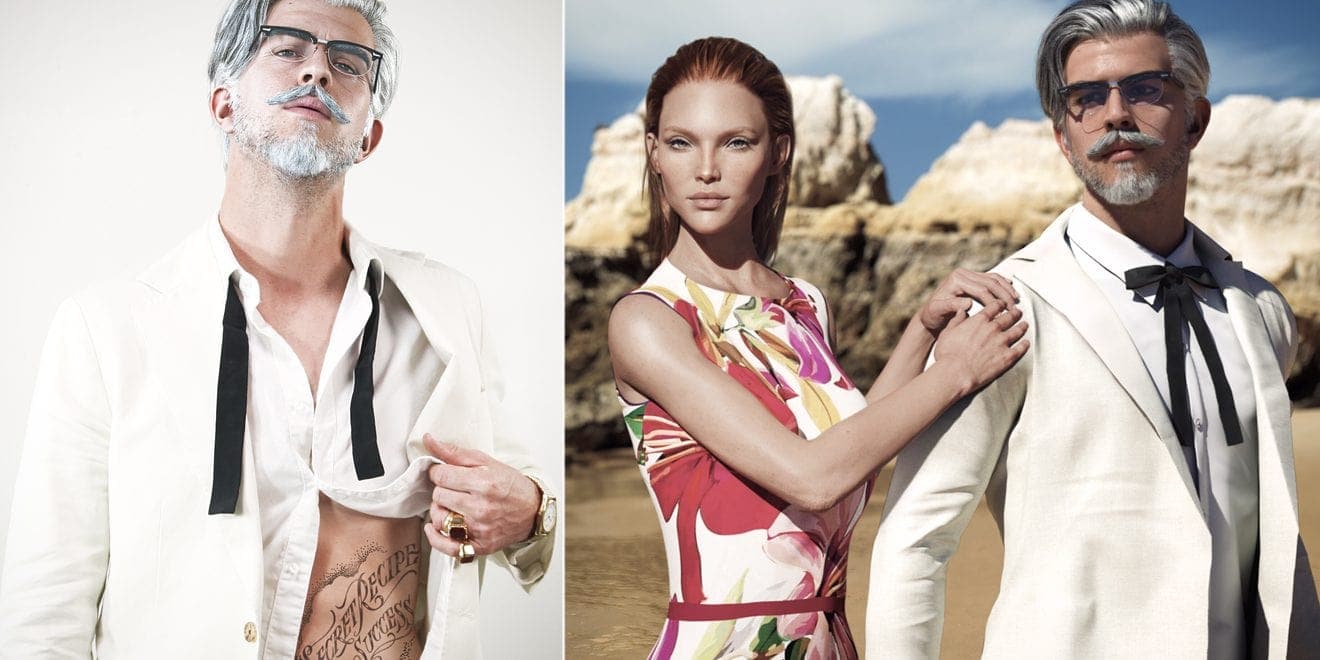 Poking some fun at the odd trend of virtual influencers—aka computer-generated fashion and lifestyle icons who exist solely in social media—KFC launched its own Virtual Influencer Colonel, who was chiseled, tattooed and not afraid to flaunt it. He virtually roamed the world, living his best virtual life, while still showing he was handy in the virtual kitchen.

The dating game, available later this month on Steam, sparked a bigger wave of publicity, confusion and news coverage than the other sexy iterations of the Colonel. But as you can see, this is far from the brand’s first romance-infused outing for Sanders.