The burger chain has been wielding its never-frozen brand promise as a marketing morning star for years, ruthlessly mocking McDonald’s on Twitter and even invading Fortnite just to smash freezers (a stunt that won a Cannes Lions Grand Prix for the brand and agency VMLY&R).

Just as KFC was getting headlines for creating a virtual dating simulator that lets you romance Colonel Sanders, Wendy’s and VMLY&R pulled off an impressive feat of strength in unveiling their RPG, Feast of Legends. Even among those who don’t gather with friends for a regular game of D&D, the unexpected marketing move—revealed at New York Comic Con in partnership with Fandom and Critical Role—sparked a lot of discussion and coverage for the chain.

Obviously, when there’s an epic quest of branded nonsense to explore, we want to be first through the breach. So we dug into the 90-page guidebook created for players and game masters. If you decide to answer the call, here are just a few of the many decisions you’ll face as you set out on your journey:

1. What will be your weapon of choice?

Unlike the usual sword/mace/halberd type weapon options fantasy RPG players have come to expect, Wendy’s prefers you arm yourself with something that has more utensil strength. Spoon (1D4 damage)? Spork (1D6)? Ladle (1D10)? Or maybe blow all your starting cash and go for the cast-iron skillet (3D6)? Given that lighter weapons are quicker and can be thrown, there’s really no wrong choice—except in Wendy’s misspelling of “paring knife.” Tsk-tsk, my liege. 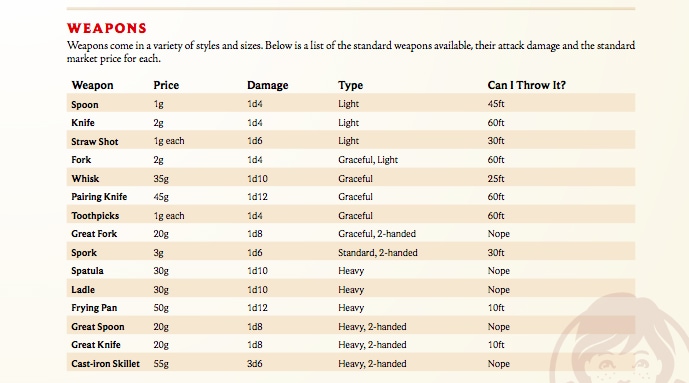 2. What will you eat during gameplay?

Normally this is just a matter of junk-food preference, but in Feast of Legends there are actually game implications for what your party eats IRL. Chow down on a Wendy’s menu item while you play, and you’ll be rewarded with enhanced abilities in-game. Eat just about anything else, and expect to be hobbled by a debuff. Before you’re tempted to complain…come on, we all know what this game is. Welcome to tabletop sponcon. 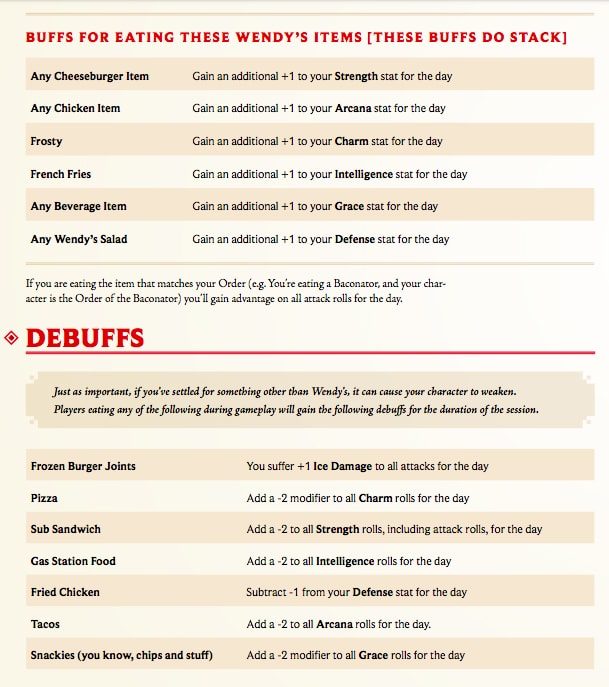 3. Which mystical marketing-oriented order will you join?

Here’s where your decisions really start to matter. Each player picks an order to join, a la Dragonlance’s Knights of the Sword, Knights of the Rose and Knights of the Crown. But, of course, this time they’re all themed around the Wendy’s menu.

Honestly, it’s all a lot to digest. We’d recommend that if you really care about the pros and cons of each, you read the Feast of Legends manual in full. 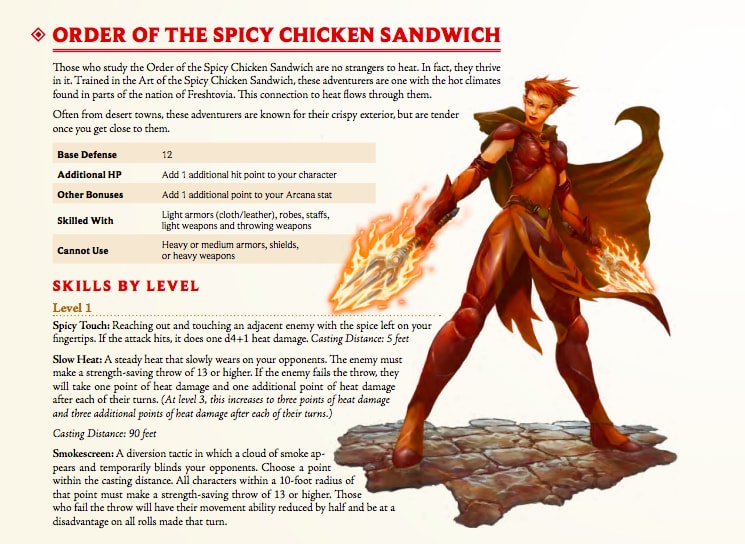 4. Where will you journey first in the kingdom of Freshtovia?

You’ve selected your spork, unwrapped your Baconator and joined the Order of the Baked Potato. You know, honestly, take a moment to pat yourself on the back. Great job today. But now the time for swashburgering has arrived, and the game is on. You’ll begin in Queen Wendy’s lush and wholesome Kingdom of Freshtovia, specifically in the capital city of…oh apparently that’s also called Freshtovia. Where shall your party venture first? The local restaurant and inn (hey guess what it’s a Wendy’s, but this one’s GOT BEDS), the S’awesome Fountain or the Statue of Emperor Dave? (Why didn’t Wendy inherit the imperial title? Intrigue!)